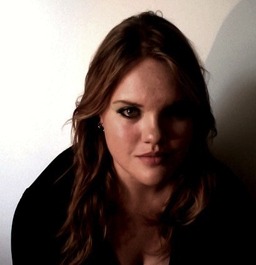 I grew up in rural Alberta, living on an acreage far away from the city and worked on multiple horse farms from a very young age, taking riding lessons from age 5 and competing in my teen years. Since I could remember, I've been fascinated by the arts, and by horses, and the two put together sparked an intense study of equine anatomy and artwork.

And from horses, the works expanded to all pet portraits, to people portraits, to family portraits, to all other walks of art. I soon broke away from oil paint and graphite, and branched out to colored pencils and other mediums that I had never seen myself exploring.

I was that kid in school. You know who I'm talking about! The one that would rather doodle pictures in the margines of their notes, the quiet shy one that wrote stories and had notebooks full of character sketches. Up until my early teens, everyone (teachers, friends, and family) told me my obsession with the arts was something to work past. I was banned from drawing in class (despite making the honor roll in spite of continual drawing!), and was told to put the effort elsewhere.

When I was thirteen, my hard work was finally rewarded by my grade eight art teacher, who worked as a freelance artist herself. She encouraged me to do extracurricular art clubs and activities, and in class allowed me to interpret the projects in whatever way I pleased. She offered helpful criticism and taught me about developing my skills through studies and exercises.

When the mid-teens rolled around and I enrolled in high school art classes, I found the teacher to be confrontational and not particularly knowledgeable in the area of actually developing anyone's art skills. She taught us a lot about history, but when it came to actually learning about art she was limited. When it became evident that she had nothing to teach me and was mean-spirited in her critiques of my works, I dropped the class and have not taken lessons since.

After a few years of self-teaching, I finally ventured to accept my first few commissions at the age of seventeen.

I built a small customer base and continued on, breaking out into public advertising and have since been catering to people all around Canada and the United States for the past few years. I had a two-year promotional stretch with a rodeo equipment company in the USA, and promoted my artwork through affiliate sites and word of mouth among international customers.

In early 2011 I sold my first two pieces to European customers.

I worked my way through two university diplomas for music by making and selling artwork, and it continues to be my main career focus, even now that I've since graduated university.

Outside of fine arts, I play the drums in a local country band. I still work on writing and character design, and have devoted my entire life to the arts.